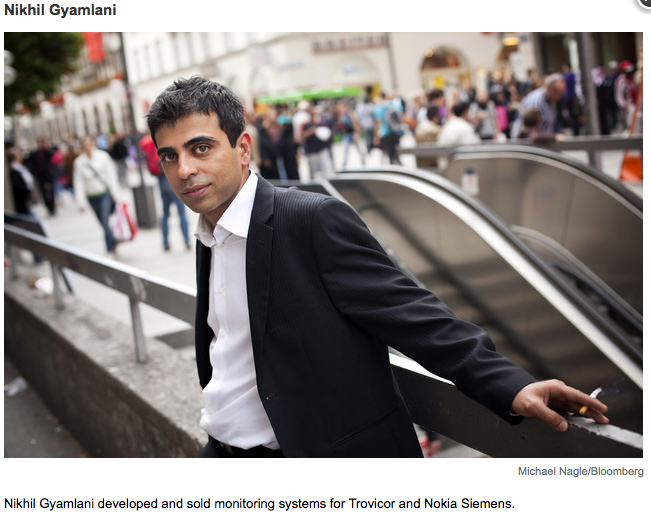 A report on Bloomberg News today from Vernon Silver documents the sale of technology by Nokia Siemens to Bahrain’s government, which was used to detain and arrest activists, then subjected to abuse by the authorities.

Silver reports that Siemens AG sold Bahrain surveillance software that intercepted and generated transcripts of citizens’ communications.  The software system was maintained by Nokia Siemens Network and Trovicor GmbH.  People inside both companies anonymously reported these sales, and the sales and maintenance contracts were confirmed by a Nokia Siemens spokesman, Ben Roome.

Bahrain’s Telecommunications Regulatory Authority’s director, Ahmed Aldoseri, comments that the only way Bahraini officials could have obtained activists’ messages was through the interception program, though he did not comment on who sold or maintained the equipment.

Another consultant for Nokia Siemens, Nikhil Gyamlani, reported that the company had developed and sold monitoring systems for some of the Middle East and North African governments that cracked down on protestors during the Arab Spring.  Trovicor has sold and maintained surveillance systems in Egypt, Syria, and Yemen. Trovicor has a human rights policy and due diligence policy.

Monitoring systems provide a toolbox to the government, that allows interception of phone calls, e-mails, text messages, and VOIP calls (including on Skype).  They can change the contents of text transmissions while they are en route to their diestination. They can use voice recognition to scan phone networks. They can pinpoint people’s locations through their mobile phone signal.  When a keyword or a flagged-voice is recognized in the communications, the system feeds the data and recordings to government hubs.

Gyamlani is forming a new venture, GlassCube, that would have companies install remote ‘kill switches’ into the tech they sell — as well as contract requirements — that would permit them to shut down their exported tech from a distance.  As he told Bloomberg, ““With the power comes a big responsibility; this is a business where people can get killed.  It was depressing to see there was no control mechanism.”

Dutch European Parliament member Marietje Schaake calls for a total ban on companies from exporting surveillance and monitoring equipment to countries with poor human rights records — equivalent to an international embargo.  She proposes that surveillance systems involving information and communications technology be classified in the same military terms as weaponry and missile parts.

In 2010, Congress passed a law barring federal contracts with any businesses that sold monitoring gear to Iran.  A subsequent investigation by the Government Accountability Office could not identify any US company that did supply ICT to Iran.