One of our main hypotheses is that games can be a great vehicle for learning law. Slowly, a movement of games & other interactive learning tools are coming into the world of law.

The major activity is around citizenship: how can tech-based games teach young people how to be civic leaders, interact with the government, and navigate civic life.

We’re really interested in how law students & others can learn law better.  We’ve collected some resources together, for others interested in this topic too. 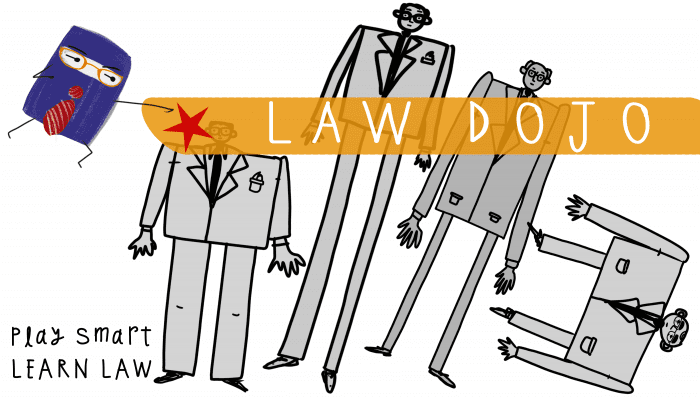 The user can choose a law school topic, and play multiple choice games to test their knowledge. It’s made for studying and reviewing what you’re learning in LSAT, law school, or Bar Study classes.

Citizen Science by the Games Learning Society, a socially-driven games lab out of University of Wisconsin, Madison

Do I Have a Right? a game in which you play at running your own law firm, from the iCivics team.

The Texas Law-Related Education group from the Texas State bar has built a wonderful constellation of online games for history, civics, and law.

Law Games to Teach/Learn the Law

There is less activity around teaching and learning law itself — but an increasing number of  projects are tackling the know-your-rights and legal education challenge.

Represent is a game hosted on PineTree Legal Aid in Maine, and developed by the NuLawLab at Northeastern Law School. It helps people who have to go to court to know what to expect by role-playing in the game.

It also has a Renter’s version to help people prepare for responding to an eviction.

The company Bayer created a game version of its compliance training for its lawyers. The process and goals are laid out here, in this article from Corporate Counsel. It’s a choose-you-own adventure game with videos and game play mixed together.

Objection! is an old-school video game to teach the Rules of Evidence

Accused is a game developed by Ida Benedetto at Antidote games, to have a person experience the criminal justice system and its complexities through a chat-based narrative game.

This different Objection! game is from a Texas group, to teach litigants the basics of evidence law and when you can object to another person’s point or evidence. It requires a Flash player to play.

This game, Toma El Paso in Spanish, Make a Move in English,  is a card game, in Spanish and English, about kids in detention centers — and what legal rights and options are available to help them. Read the creator (Lien B. Tran)’s notes here, about her process.

This IP Lawyers game from British Columbia, Canada is a simulation of situations that intellectual property lawyers find themselves in. Read more about it here.

For a (very) fictional version of what a US litigation experience would be like, play the app game Phoenix Wright, Ace Attorney, a Japanese take on what it is like to be an American criminal attorney

Do you have any for Kansas law?

Sorry, not as of now. If you find any such resources, please let me know so I can link to them for future visitors.

Do you have any for law students?

This site uses Akismet to reduce spam. Learn how your comment data is processed.