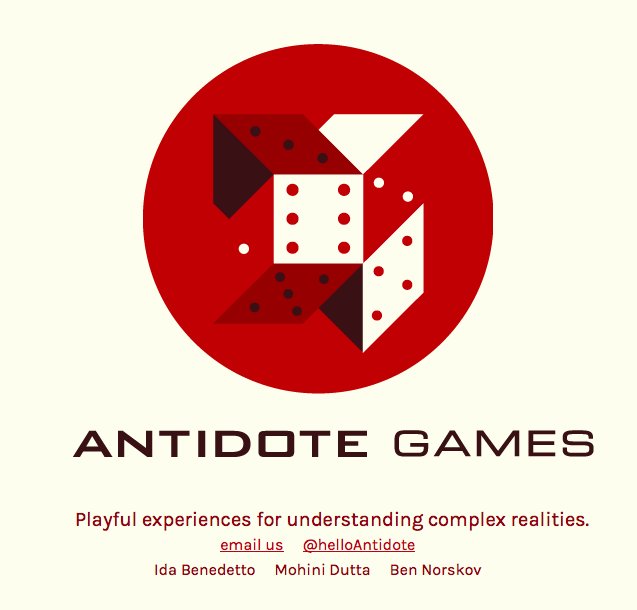 Thanks to Nikki for writing in to let me know about Antidote Games, a studio that produces complex interactive games, to build understanding & knowledge among the players. Some of their games concern health crises, disaster risk, and car safety.

The studio also has one regarding law — The Accused.

It’s a straightforward role-playing game — you are thrown into a situation, and then come across police & others who are investigating a crime.  You’re in the middle of the criminal justice system & have to navigate the investigation and law 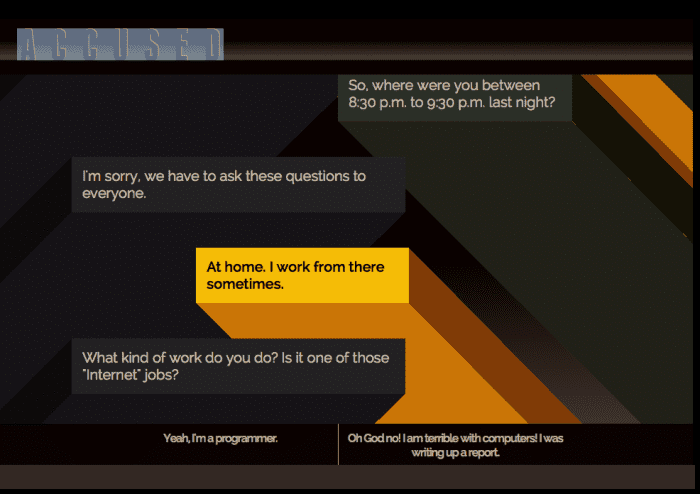 The studio’s pitch for The Accused:

Accused is a browser-based game created in collaboration with the Innocence Project. The police call you in to help solve the crime of a brutal break-in at a neighbor’s apartment. Beware; everything isn’t as it seems.

Why would anyone confess to a crime they didn’t commit? Once you’ve been accused, you’ll know. 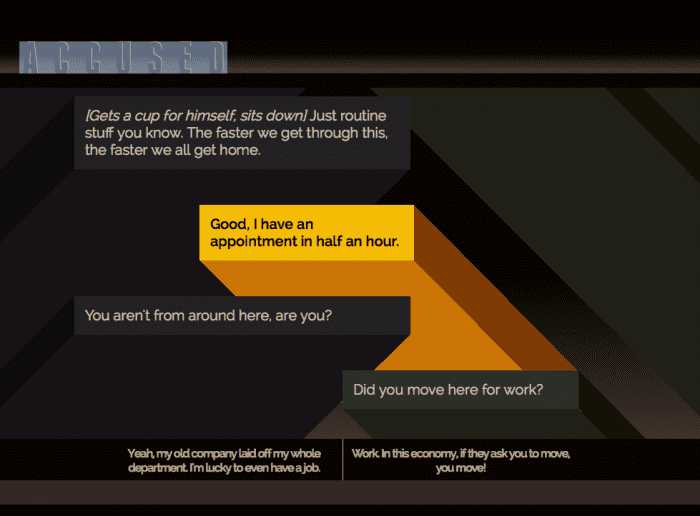