Lauren Dyson at Code for America wrote up an interview/discussion with Kiran Jain, an attorney in the City of Oakland who has been trained in design & is leading experiments in civic & legal design in the city.  She’s running workshops, launching projects, and piloting new ideas using the design methods she learned at the California College of Arts. 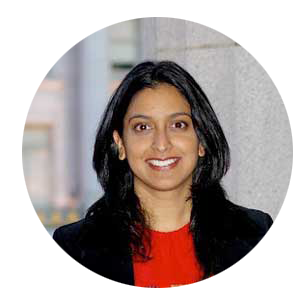 Here’s the interview with Kiran back in January, which is rich with examples of how design can be married with law for the sake of improved legal & public services for lay people — as well as to improve the work-life of lawyers and government workers.

Kiran Jain (@jainkiranc) is an attorney for the City of Oakland with a background in real estate, technology, and municipal law practice. She was also a 2012 Leading by Design fellow at the California College of the Arts. Kiran has worked to bring citizen-centered design into City Hall by leading a series of cross-departmental workshops in Oakland focused on using lightweight, user-centric design methodologies to rethink a cumbersome government process that affects many city agencies and community members: Special Event Permitting.

Kiran recently joined us for a conversation moderated by Cyd Harrell to share results and learnings of applying human centered design in municipal government. Watch the full video here, and read on below are some condensed highlights from the discussion:

Deputy City Attorney is not the typical job title people think of when they think about a “designer.” How did you come to incorporate design principles into your work?

I came to work at the City of Oakland in 2008, right at the height of foreclosure crisis. I was working in this environment where we had limited resources — but unlimited demand. The whole idea of trying to find another way of thinking about traditional government processes really appealed to me. A friend of mine suggested the fellowship at California College of the Arts (CCA).

After diving deeper, I actually found that there’s a lot of similarities between the fields of law and design. Our legal system is based on a set of rules informed by human experience. Those rules have led to layers and layers of process that we now refer to as our bureaucracy. Over time, I think our bureaucracy has become disconnected from human experience — and the intent and feelings that form that human experience. Through design, I’m hoping that we can get back to that intent, and form fresh policies and processes accordingly.

What did you set out to accomplish with civic design in Oakland?

We brought this civic design process to Oakland about a year ago. At that time, Oakland was experiencing about 20 furlough days a year. We were following that old adage by Winston Churchill, “We are out of money; now it’s time to think.” I looked to the design process as a way to rethink traditional government processes and policies in the time of deep budget cuts.

I wanted to apply the methodologies I learned through my fellowship at CCA to a specific process in Oakland. After initial meetings with different city officials, we decided to focus on special event permits. For any event in Oakland — like the Oakland marathon, a street fair, or the Lunar New Year Bazaar — organizers have to get permission from the City. We chose this process for two reasons: there was a deep interest in improving this process among various stakeholders internally, and it touched many different public agencies, including Police, Fire, Parks and Recreation, Public Works, the City Administrator’s office, and Communications. With all the different agencies that are connected to this process, there are many touch points which can lead to frustration not just for event organizers but also for city employees.

In a nutshell, how did you go about doing it?

We broke it down to three different phases. The first was the pre-workshop research, where we gleaned insights from internal stakeholders within government, as well as, external stakeholders who either organized or attended special events. Then, we went through a co-creation workshop with about 15 city employees based on our pre-workshop research, where we were able to learn more about the process and prototype some ideas and solutions for making this a better experience. The third part is execution — to actually develop some of the ideas or prototypes that we developed from our workshop.

What problems did you identify?

Through our pre-workshop research, including stakeholder interviews and a journey mapping exercise, we identified several pain points with the existing process:

What was so interesting was that the pain points in the process for event organizers were very similar to those for city employees.

What solutions did you prototype?

After synthesizing our pre-research findings, we held a four hour workshop where we invited the City employees who touched this process to come in and do some brainstorming with us. There was a lot of white boards, post-its, markers, and the like. We presented our research to the folks in the room. The group made a decision early on in the workshop to focus on the process first, rather than the policy. As we discussed the research and the process, five main principles emerged:

After we established these design principles, we had about an hour where we let people just focus on coming up with ideas that we could prototype. Two of our groups actually came up with a similar idea: the online permit platform. This would be a one stop shop where we collect event information online, complemented by designated intake person from the City to liaison with the event organizers, get all the information needed, and then work with other agencies directly to get permission and fees necessary. The online platform would:

The team also mapped out the step-by-step intake process that would need to be followed to actually implement this idea.

As a follow up to this workshop, we are evaluating two different technology solutions for the one-stop-shop. What was so interesting with this process is that we actually started with stakeholder needs and are now trying to identify a technology solution — while what typically happens in government settings is that the technology solution is presented to us and we address the process concerns second.

How long did this process take?

A workshop like this can happen in a short amount of time, if designed correctly. We were very mindful of the fact that we were asking people to do something extra in their day at a time when they were working with very limited resources.