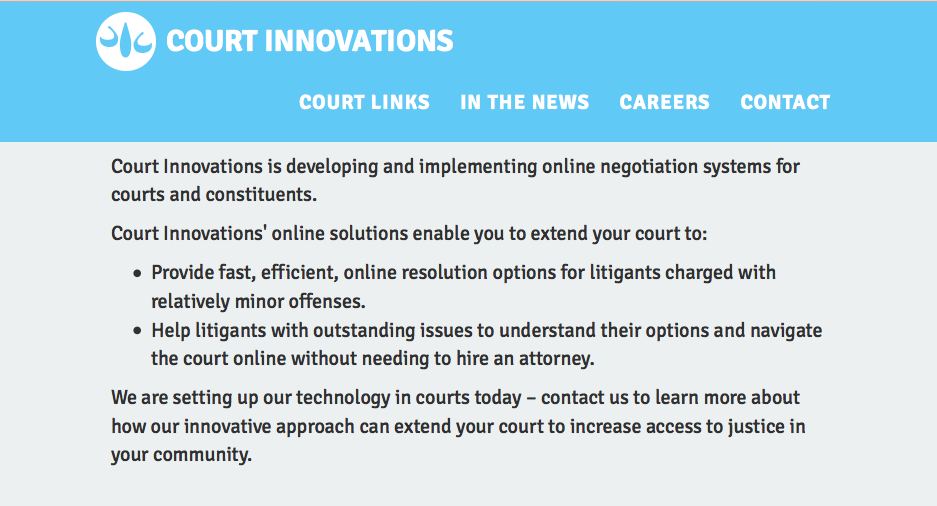 There is an interesting court redesign organization that’s come out of the University of Michigan Law School.  There is an Online Court Project that Univ. of Michigan has funded, and developed through the company Court Innovations, Inc.

I had written about it previously when my colleague Briane had mentioned an initial write-up of it on University of Michgan’s site.  Now the project has been piloted in two different Michigan courts, after having spun out of the Law School into the start-up Court Innovations.

The project is building a tech-based platform for litigants to resolve their problems online, rather than having to come into court.

Court Innovations is developing and implementing online negotiation systems for courts and constituents.

Court Innovations’ online solutions enable you to extend your court to:

Help litigants with outstanding issues to understand their options and navigate the court online without needing to hire an attorney.

We are setting up our technology in courts today – contact us to learn more about how our innovative approach can extend your court to increase access to justice in your community.

The platform will use Online Dispute Resolution patterns to have litigants interact with the court using online technology.  People who face relatively small charges can contact judges and prosecutors to try to resolve their case without having to come physically to court. 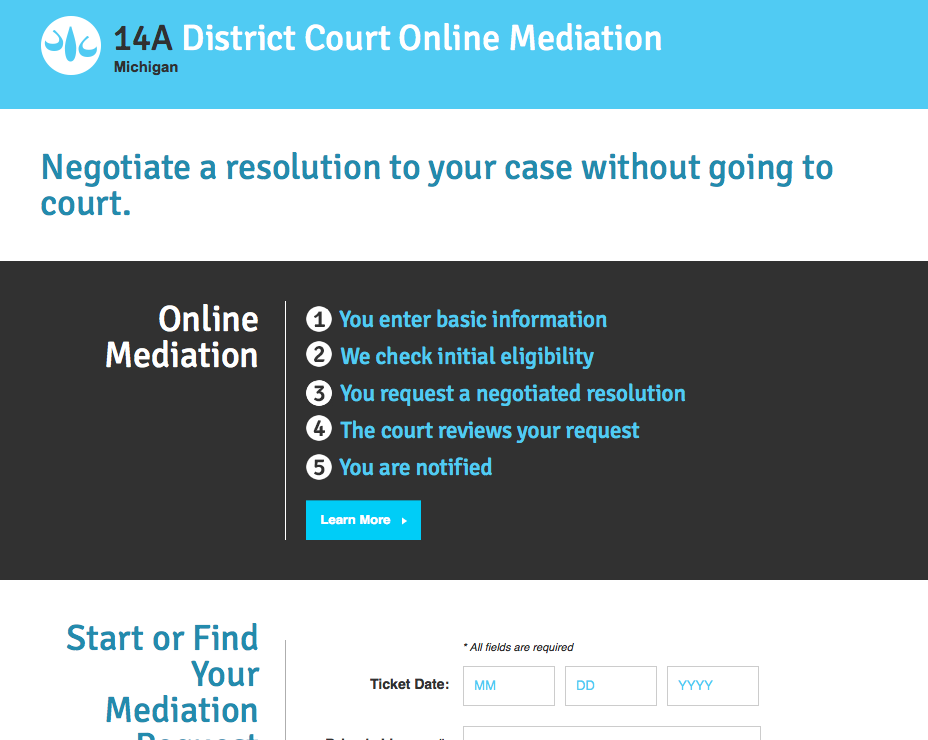 Right now, the Project lets the user try to negotiate a warrant or a traffic ticket. 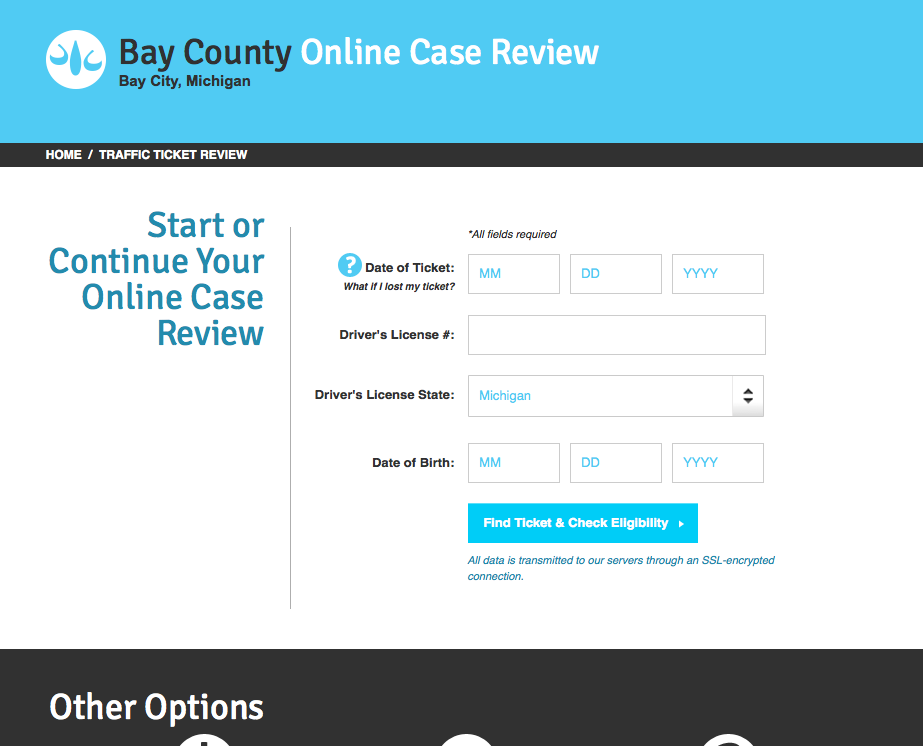 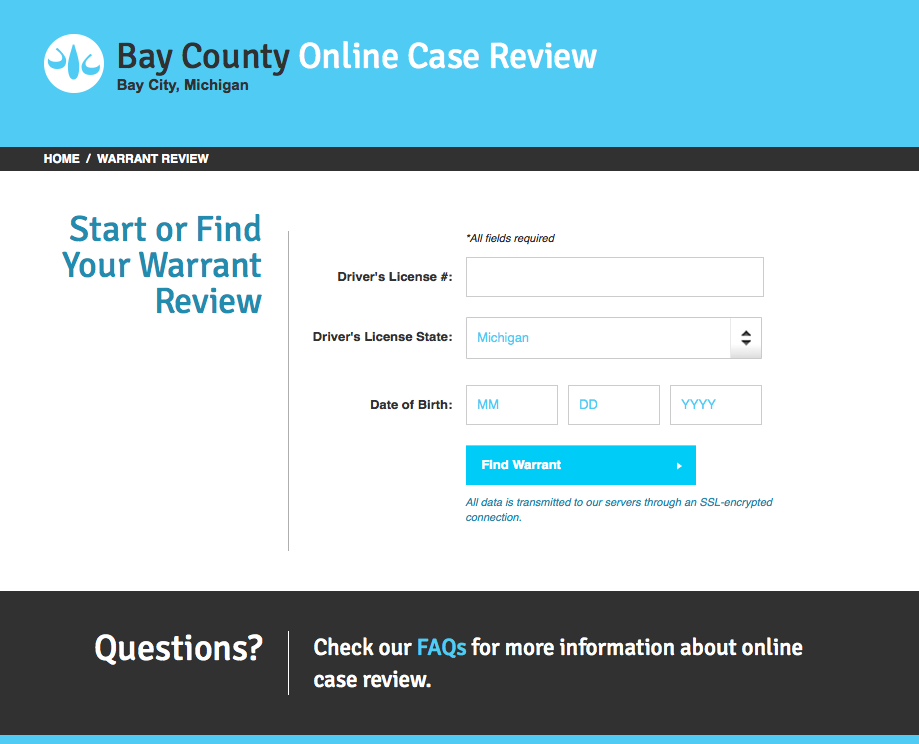 If the user doesn’t want to negotiate, they can pay the fine directly, or opt to go to court.  They can also learn more about their options to make better choices & prep. 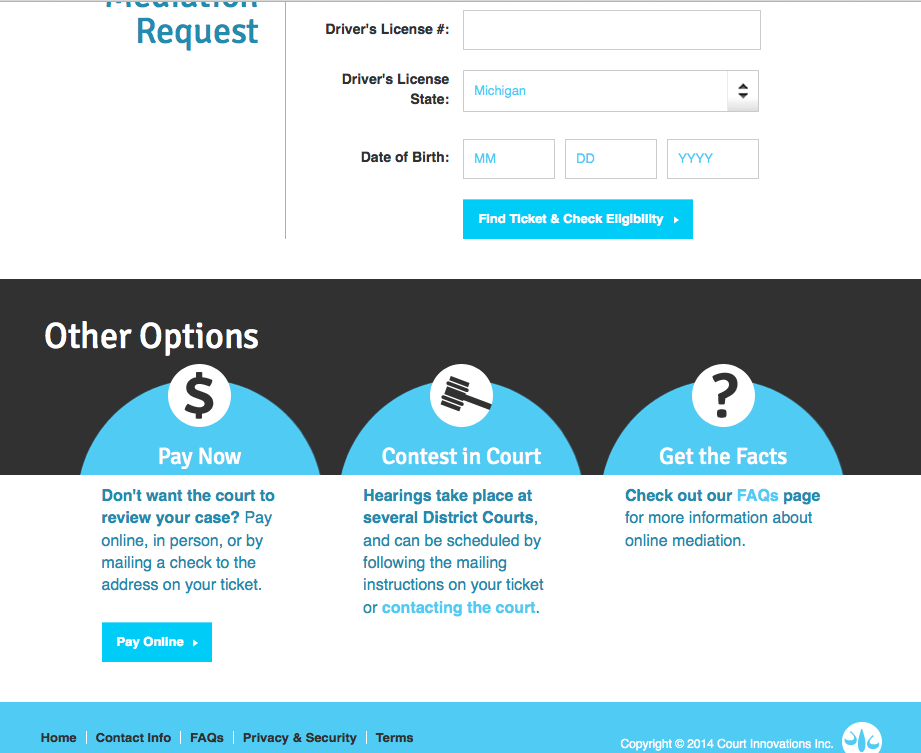 Michigan Law’s publication The Law Quandrangle has posted an article, “Transforming What It Means to ‘Go to Court’.” describing the formation of the Project & its development.

By Jared Wadley and Katie Vloet

What if your day in court didn’t have to be in court?

That’s the idea that led Michigan Law Professor J.J. Prescott and Ben Gubernick, ’11, his former student, to invent a first-of-its-kind technology that helps people who have been charged with minor offenses interact with courts online, at any time of day, without needing to hire an attorney.

The software provides a way for litigants with issues ranging from unpaid fines to minor criminal or civil infractions, including traffic tickets, to communicate directly with judges and prosecutors to find mutually agreeable ways to resolve their cases.

“When you look at how many cases courts process, you realize online interaction and resolution is the next frontier. Courts have so much potential to influence people’s lives for the better,” Prescott says. “The challenge is removing barriers to access while making the most of judicial and prosecutorial wisdom and experience. We wanted to make sure the software wouldn’t interfere with everything good that courts are already doing.”

Many people’s jobs don’t give them the flexibility to go to court during regular business hours, Prescott points out. And appearing in court for a minor infraction is time-consuming for judges, prosecutors, and the person charged with an infraction. “A typical scenario is that you wait four hours to see someone and you exchange five words,” he says.

While the online technology saves time for everyone involved, it conversely gives judges and prosecutors more time to learn about the person before making a ruling. Is the defendant, say, very likely or only somewhat likely to get another speeding ticket in the next year? “In the virtual environment, we can give prosecutors and judges more information than they would normally have within their reach about a person, and it can inform their decision making,” Gubernick says.

In-person interaction, of course, remains necessary for a lot of work courts do, Gubernick says. “This technology targets only those cases where online interaction can be faster, fairer, and less costly for everyone involved.

“Our goal is really to increase access to justice.”

“Proof that entrepreneurial ideas are flourishing at Michigan Law””

The project is part of the Global Challenges arm of U-M’s Third Century Initiative, a $50 million, five-year program that is leveraging the University’s interdisciplinary expertise to tackle some of society’s most pressing problems—while also creating learning opportunities for students.

With funding through U-M’s Third Century Initiative in place for the next two years, Prescott’s team is preparing to scale the technology. However, the team is thinking far beyond the next few years. Prescott already has worked with U-M Technology Transfer to create Court Innovations Inc., a startup that will provide support and maintenance for the software during the project and grow the business opportunities generated going forward.

The developers and U-M believe the technology can go national. “Court Innovations was founded to ensure post-project sustainability,” says MJ Cartwright, the company’s CEO. “Our job over the next two years is to work with courts and state government groups to lay the foundation for the technology’s complete transition from U-M-based research and development into a commercial solution that can continue to scale and grow in Michigan and across the nation.”

Ken Nisbet, associate vice president for research at U-M Technology Transfer, says the company has leveraged Tech Transfer’s Venture Center, including the Venture Accelerator, to create a compelling value proposition to improve the court system. “This new venture is proof,” Nisbet says, “that entrepreneurial ideas are flourishing at Michigan Law.”

Prescott is pleased with the support from the Law School and the University as a whole. “At the Law School, we’re really expanding in the entrepreneurial arena,” Prescott says. “The great thing about being at a major research institution like U-M is that we are able to work closely with top people in all of the fields that matter to the success of the project—the statistics department, the Ross School of Business, the School of Information, the Ford School of Public Policy—about data modeling, increasing court efficiency, improving the user experience, and ensuring that litigants come away from the process understanding it and feeling that they’ve been fairly treated. It’s great to see the University not just supporting the hard sciences but also broadly interdisciplinary efforts like ours that emerge from the social sciences.”

Here’s an article from Washetenaw County in Michigan, about one of the programs — an online dispute system for resolving traffic tickets.