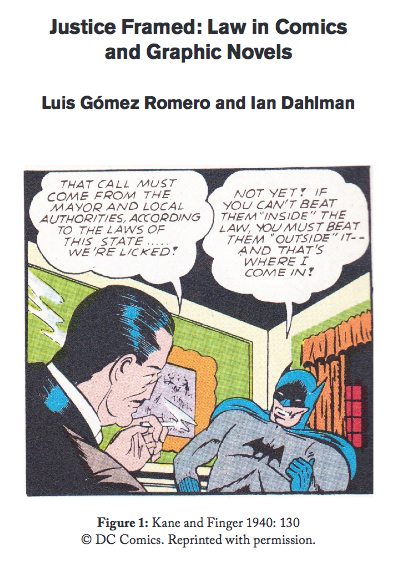 Here’s an entire special edition of the journal Law Text Culture devoted to Justice Framed: Law in Comics & Graphic Novels.  I’ve linked to an introduction to the volume by Luis Gomez and Ian Dahlman.  It explores how law is integrated into visual narratives.

Thanks to Kristina Brousalis for pointing me toward it. 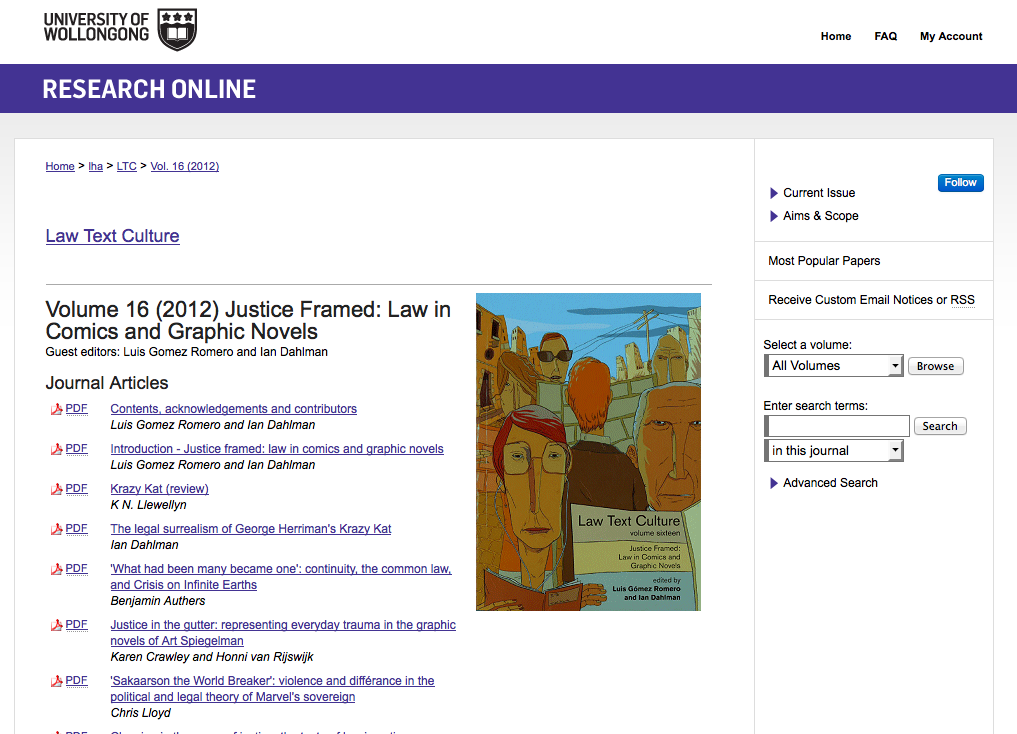 Here are the other pieces in the volume: