As I’m planning out my Spring quarter Intro to Legal Design class, I’m thinking a lot about how to lay out ground-rules for the student teams that will be working on projects with real-world legal orgs. From my experience in many different groups — all at wildly different levels of camaraderie and functionality — I’m reflecting & trying to figure out some quick hacks that let newly formed (and interdisciplinary) teams work in better, more supportive, less passive-aggressive ways.

One of the most common & subtly destructive team dynamics I’ve seen is the following:

A team member means well, is thoughtful & creative, and a great presence to have on the team  — except that he is perpetually late. Sometimes it’s 10 minutes late to class, sometimes missing a team meeting altogether. Most often, it’s being 20 or 30 minutes late to meetings the team has called. This becomes a regular phenomenon, to the point of the other team members subtly resenting this person & talking with each other about this person’s lack of commitment to the team, and lack of respect for their own time. Maybe some comments are thrown towards the team member, some jokes about how the team should tell him they’re meeting at 7 pm for a 7:30pm meeting, because that’s when he would show up. But mostly, the team members just end up resenting the perpetually-late member & waiting for the project to end & the team disperse. 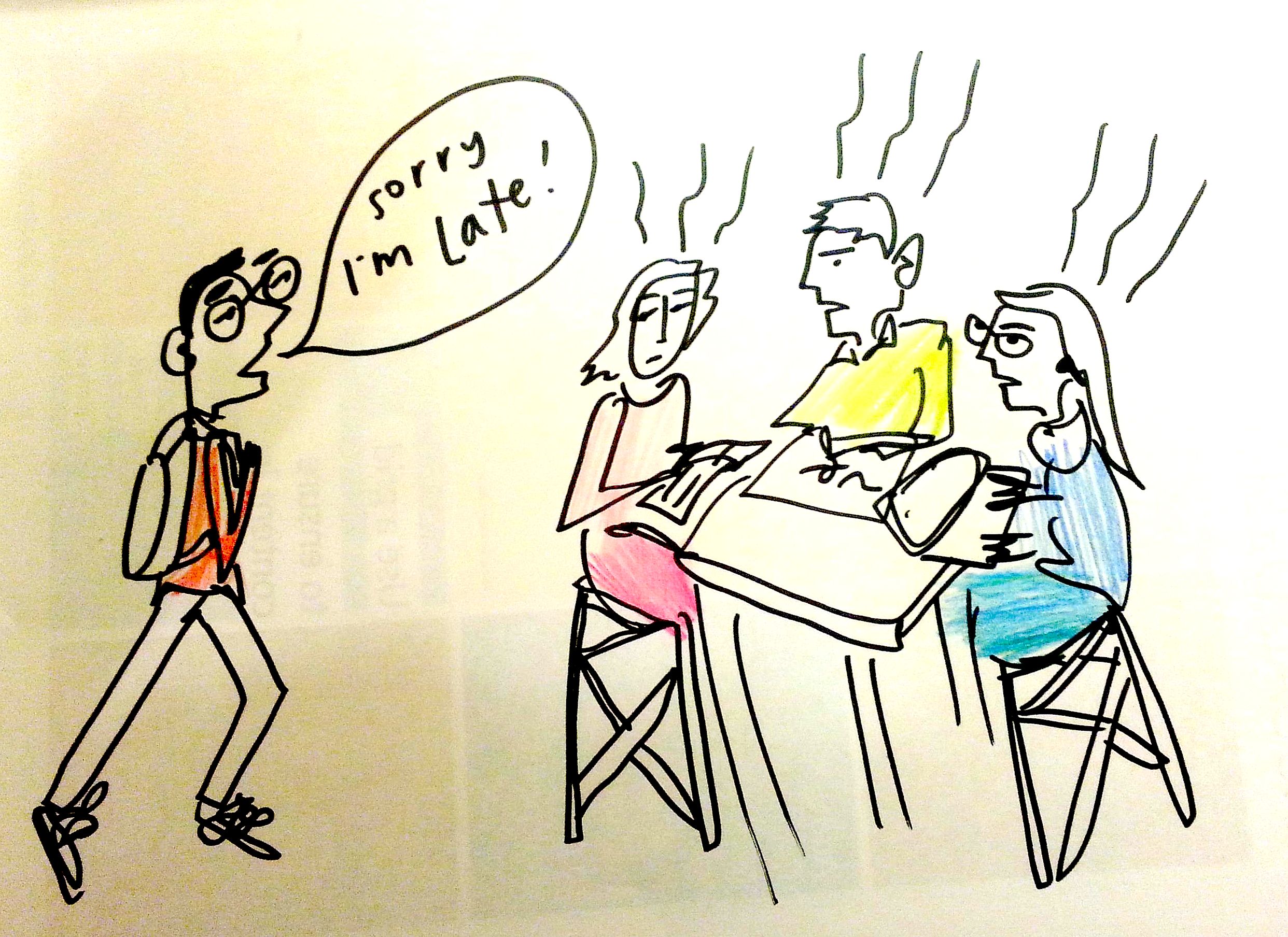 Today, I heard a great idea for addressing this destructive lateness dynamic. One of my friends in a program at Carnegie Mellon said that his Masters program has a general rule, that all of the students learn about at the beginning of the school year & enforce on all their team projects:

A team member who is late to a meeting must buy all the other team members their drinks-of-choice from Starbucks. If two members are running late, the latest one there will have to buy drinks.

He said that this rule is surprisingly effective. Because it’s stated from the beginning, it’s not taken personally by those who are perpetually late — though they do feel the effects with every $20 Starbucks tax they end up paying for their lateness. And the other team members can enforce this rule more easily & end up getting a coffee reward to compensate for the bad behavior.

I’m going to institute this as a ground-rule in my class, for all the teams that will form. I’m looking for other ground-rules that will enforce good team behavior, and root out the most common discontents that end up subverting good design collaboration. What would you say are the most common team work problem dynamics? And do you have any hacks to fix them?