For some of my design workshops, I have been encouraging groups to do more Feasibility & Viability Reviews of their prototypes — even if these prototypes are more ‘sacrificial’ than ‘actual’. I find that it helps people who have fallen head over heels in love with their new prototype idea to get some critical distance from it — and also let other team members have clear ways to criticize these beloved prototypes & try to ground it in more realistic planning.

I tried out this template as a way to orient these Review plannings. The goal is to help people scale back from their ‘big plan’ for a new idea, and start thinking in more incremental & practical steps. How would you actually get this ‘big idea’ off the ground? What would be first steps, first partners, first budget requirements? 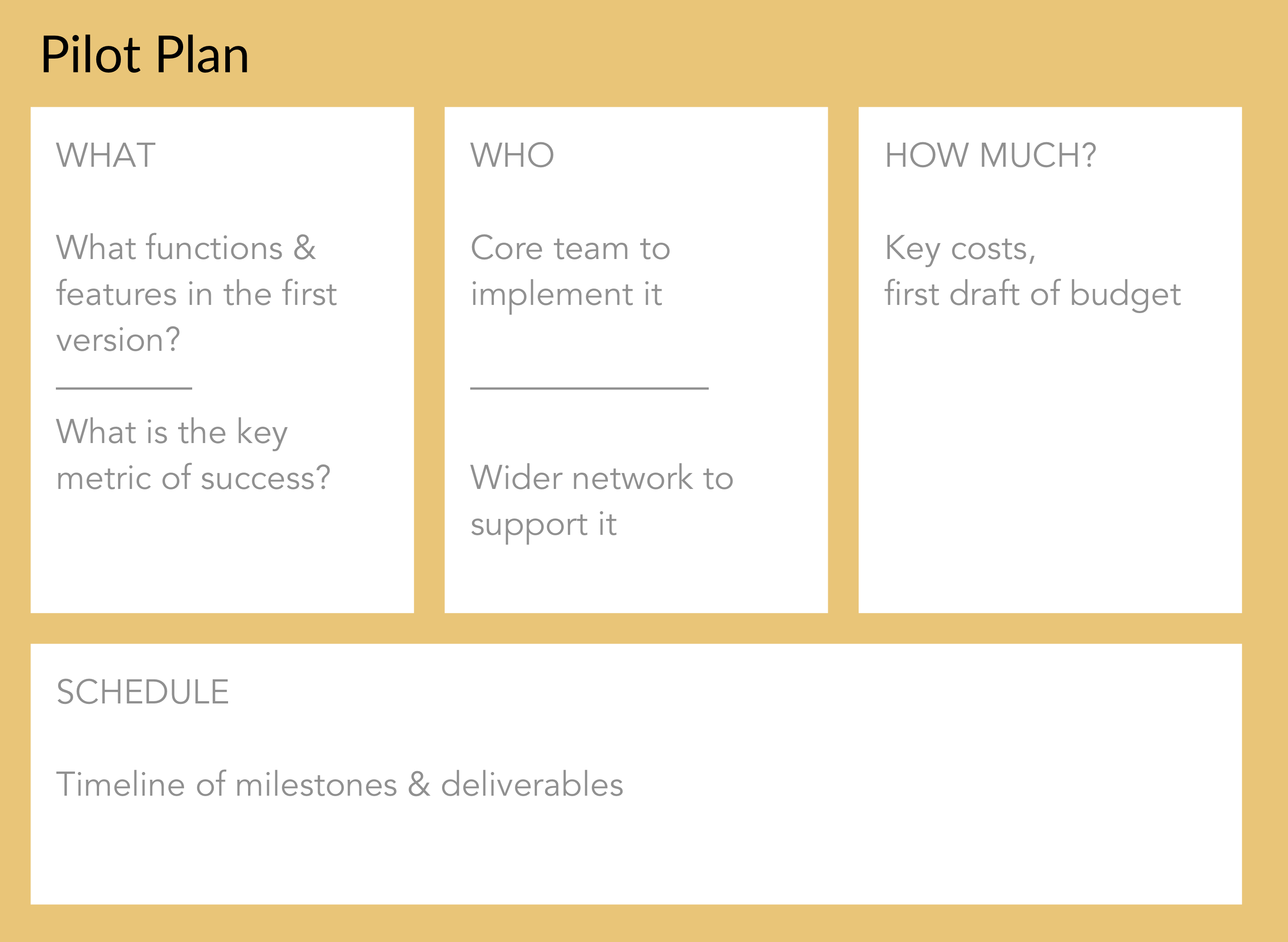 The other thing I’m trying to encourage with this template, is thinking in clearer terms about what a prototype should actually include. I am trying to fight the tendency for a Behemoth App or a Behemoth Web Site, that is supposed to include a long list of features. As a facilitator, I see a common syndrome: a group brainstorms lots of possible new solutions, then they don’t want to abandon any of these ideas, so they combine them all into one huge new product or platform.

This template can encourage some prioritization — which solutions should be included as central features of a prototype, and which should be sloughed off as something not as central or useful.

The one danger of this template is encouraging what is ‘do-able’ — that can actually be achieved in a short time frame, and with all the field’s current constraints — than what may actually be needed. It can discourage more radical or ambitious ideas.

But my goal in using it is to still encourage a radical longer term view, but with a more feasible short-term plan of how to get first steps taken — so that the prototype does not die, and the group begins to commit to its gradual realization.