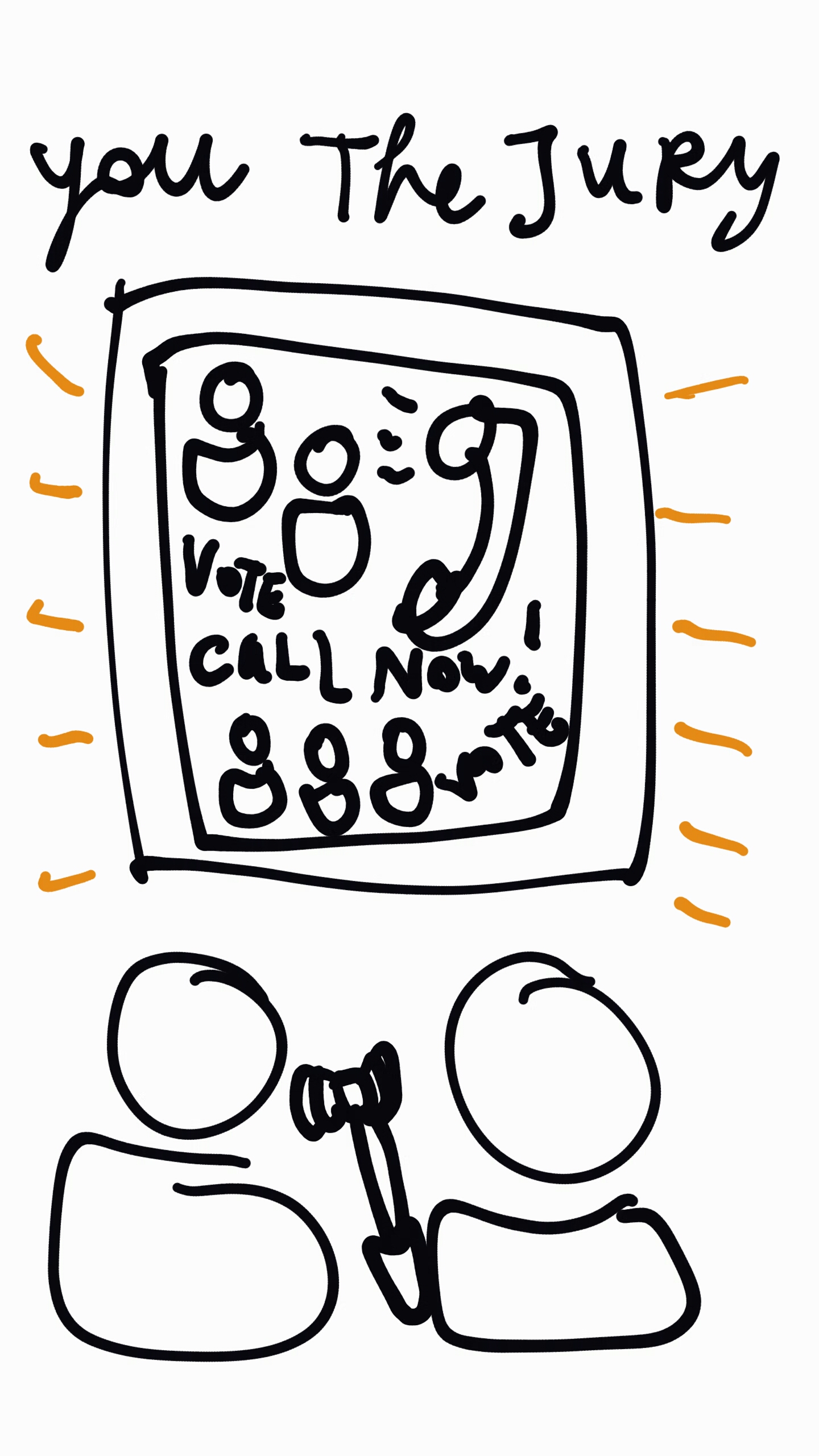 News appeared today that NBC picked up a pilot from the man behind Law & Order, Dick Wolf, to create a show for next TV season, called You The Jury.

On the show, a civil court case will play out, and the TV-watching public will play the jury. Like with American Idol or other reality shows, people watching at home can use their digital devices to vote on the outcome they think best.

Producers from other reality competitions — Master Chef & Project Runway — will also be working on this show as well.

What does this mean, is it good or bad? One part of me is excited for more view into the realities of the legal process on primetime television — perhaps this is a democratizing effort to make the legal system more comprehensible and visible to normal people. And like other online proposals to crowdsource dispute resolution, through lots of people voicing ‘what’s right, what’s wrong’ — then there might be some model that could be useful in new dispute resolution design.

But my big fears are (1) that a narrative/reality-based show approach will oversimplify the case and lead to distorted outcomes, and (2) that like with Serial, when you open a real-life case open for public scrutiny through mass media, the public might end up pursuing mob justice on platforms like Reddit and otherwise.

Any thoughts, should we be hybridizing our justice system with entertainment channels? Is there any upside to this that makes it worth the potential risks?

1) More attention on this, if indeed it is taken seriously, is of course great!
2) If it is turned in to a farce, it can do great harm.
BUT! (Here’s the kicker)

3) If they can actually, by examples, expose some of the REAL farce that is allowed, under the guise of justice, and due process…. THIS could be a fantastic eye opener to the general public and hugely embarrassing to our legal ‘business.’
EX:
Master’s Order: I hereby order the parties to arrange for a mediation date before (Date/Year) or, whenever they should decide to do so!
Master: I have no jurisdiction over what the former Master ordered!
Why not? Who has? Easy for you to say. Who can I approach who HAS ‘Jurisdiction?’
There is far too much existing buffoonery in the system as it is; a show that would expose this in a proper fashion could be both entertaining and useful to all. At the moment the system is criminal in its structure.

Im afraid people will think this is how municipal courts work, that the judge listens to both parties and makes a decision on the facts. I dont think we will see many people win a judgment because they have a lawyer and thr other person doesnt. So its not real.

A better idea, or maybe a better complementary idea – get the video that many municipal courts take of all hearings (and they have to give it to you) and put together a supercut of what courts are really like.