I’ve started scouting out different courtroom based service & system designs.  Here is one, that my colleague Briane alerted to me: the Online Court Project based out of the University of Michigan.  It features new ideas to integrate tech and automation into court processes. 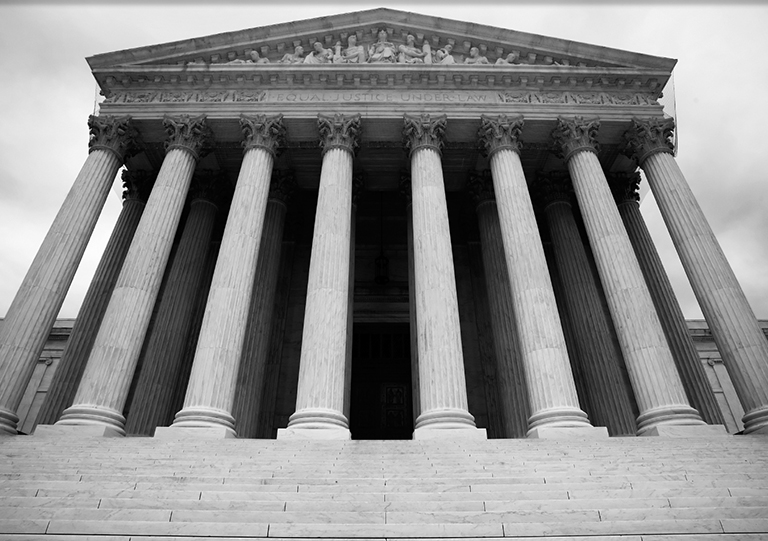 Led by U-M Law School professor J.J. Prescott, this Global Challenges project seeks to revolutionize how the public interacts with courts. Its technology-driven approach has the potential to create an entirely new case resolution process, one that improves performance and accessibility along numerous dimensions and makes courts better suited for the information age.

Judicial systems exist to provide a way for societies to organize themselves around the rule of law. In order to accomplish this goal, courts need to be (1) accessible; (2) fair; and (3) cost-effective. Unfortunately, due to their reliance on antiquated, non-technological processes, courts in the United States have seen little improvement on these three measures in recent decades.

With respect to access to justice, American courts are notoriously difficult to understand and use, especially for people without attorneys. In significant part, this confusion results from the fact that courts are structured almost entirely around face-to-face, one-on-one interactions with judges and court personnel, which is comparable to providing banking services without ATM’s.

Even the simplest negotiation points in the process require litigants to physically go to court, a process that is time-consuming, opaque, and intimidating. Consequently, millions of people, who have relatively minor issues that require negotiation with the judge or prosecutor, are either inconvenienced or simply avoid interacting with the system. The magnitude of this problem is demonstrated by the approximately 30 million warrants currently outstanding for failure to appear for show cause hearings.

Likewise, the courts’ reliance on snapshot decision-making leads to sub-optimal decisions. One-on-one process simply does not provide judges and court personnel with adequate time to collect and analyze information about litigants. As a result, decisions are often based on little more than general impressions about litigants, opening the door for numerous undesirable outcomes, including:

Finally, already cash-strapped states and municipalities are crippled by fixed-cost legal infrastructure. Not only are current processes non-technological, they scale poorly; costs are high on a per transaction basis, and remain high even as volume increases, essentially imposing a tax on growth.

What is required is a scalable, web-based alternative to the one-on- one decision making process.

This project will harness emerging insights into how judges do their jobs to build an algorithm-based portal to allow litigants to engage in largely automated negotiations with courts online.

The project’s algorithmic approach is designed to replicate the outcomes generated by the traditional one-on-one consultative process, but with enormous transaction costs savings. This approach works by providing judges with a way to specify in advance what information is required to make a decision about a litigant’s case, and providing litigants with the ability to submit that information to the court over the internet.

Judges apply rules to factual information to generate decisions; these rules can either be clear-cut application of law or what are sometimes referred to as “decisions heuristics,” the individual rules of thumb that judges use to make repetitive decisions quickly. While some thought-leaders in the judicial community have encouraged judges to formalize decision heuristics for consistency purposes, this project goes one step further to achieve a truly novel result: by programming these rules into software, many of the high-volume transactions that currently require the in-person interaction can be handled online. The technology will have two basic components: (1) a dashboard interface where judges can enter decision rules based on the facts they view important; (2) a forward-facing portal where litigants can submit information and requests using a multiple-choice framework similar to TurboTax.

While this method can theoretically automate a significant amount of the work courts are asked to do, in Phase 1 we will create the system for one to three courthouses, designed to process resolutions for a limited subset of transactions, such as unpaid fines and minor misdemeanor charges.

Success in Phase 1 will involve identifying suitable courthouses for pilot deployment, assisting judges in mapping the decision rules they use to make repetitive decisions, building the technology so that it integrates with the court’s data systems, and then assisting the court in encouraging litigant adoption. Assuming Phase 1 is successful, Phase 2 will focus on expanding the types of transactions delegated to the software, and more importantly, scale-up to an entire county or even the entire state.

If successful, this project will result in the creation of an entirely new type of court, one well-suited to the information age. In addition to efficiency gains, the shift away from snapshot, one-on-one decision making will open the door for a more “data-driven” justice system. Finally, in addition to being scalable throughout the United States the technology has potentially strong applications for the developing world, where a lack of effective legal infrastructure acts as a major deterrent to foreign investment.