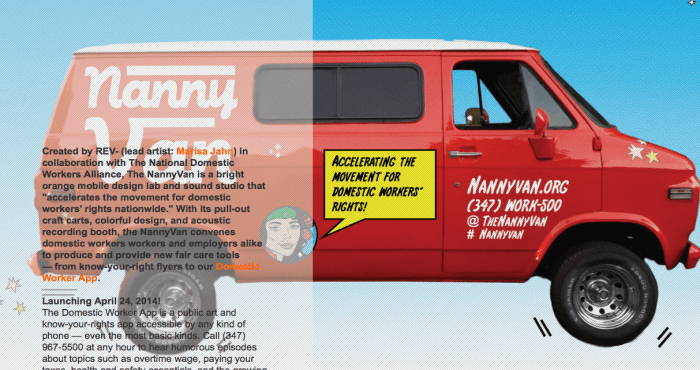 Project Nanny Van is an excellent new example of creative legal service design.  Dan Jackson from Northeastern Law’s NuLawLab clued me in about it. The NuLawLab & its law students have been working with Rev Tank & Marisa Jahn in creating this mobile van that comes to locations where nannies might be congregating, and provides them with resources about their legal rights — as well as other resources to empower them.

The van is staffed with people with knowledge of workers’ rights & the local laws, as well as resources and tips to help the nannies act on their rights. 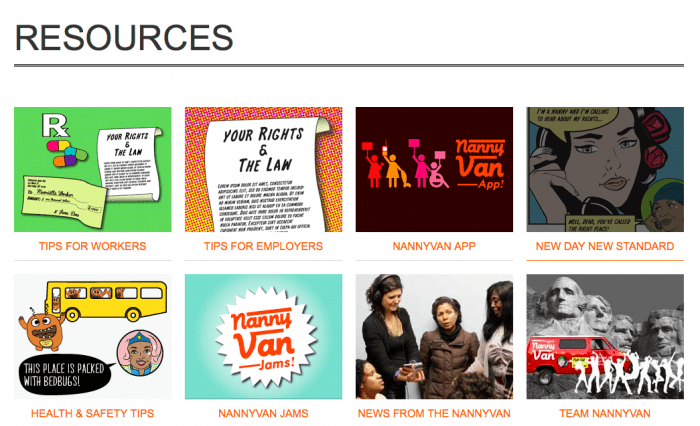 The van has traveled across the country since it started operations in Spring 2014, with trips to different states that have laws that protect domestic workers’ rights. 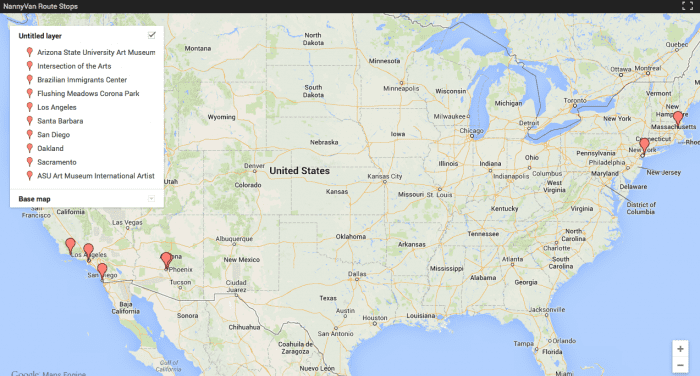 Here is a write-up from the New York Times’ City Room. via New York Today: The Nanny Van – NYTimes.com. 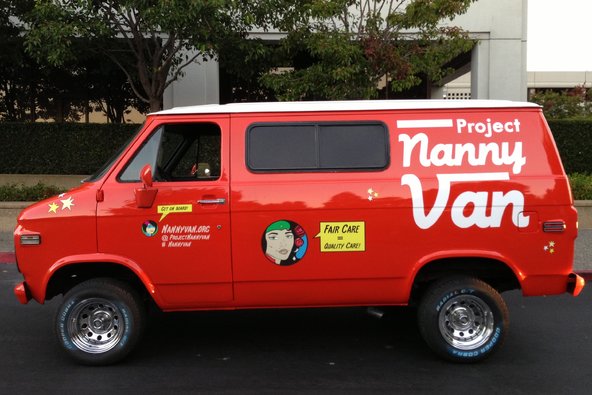 An artist named Marisa Jahn bought a 1976 Chevy van on Craigslist last year for a couple of thousand dollars.

Today, it will begin touring the East Coast.

There are an estimated 200,000 domestic workers — nannies and house cleaners — working in the New York City metropolitan region.

Under a New York State law passed in 2010, these workers have rights and protections that few of them know about, said Ms. Jahn, who uses art to advocate for low-wage workers.

“Most of them work in isolation,” she said.

The van will be stationed outside parks, libraries and elsewhere in the city starting next week: Flushing, Queens, is their first stop.

It will distribute literature “with superhero Pop Art graphics with local flavor — one character wears a head wrap from Trinidad and Tobago,” Ms. Jahn said.

And a phone number.

In one of Ms. Jahn’s favorite episodes, “there are two lungs, talking to the domestic worker,” she said.

One lung says, in a deep voice, “You’ve got to stop using that harsh oven cleaner.”

“They think it’s hilarious,” she said.

Here is some more of their awesome graphic designs about their project. 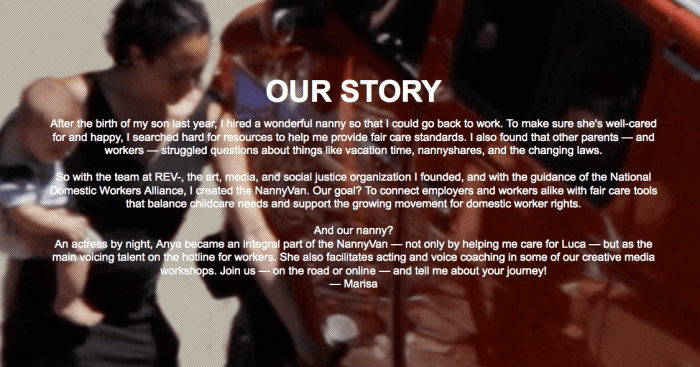 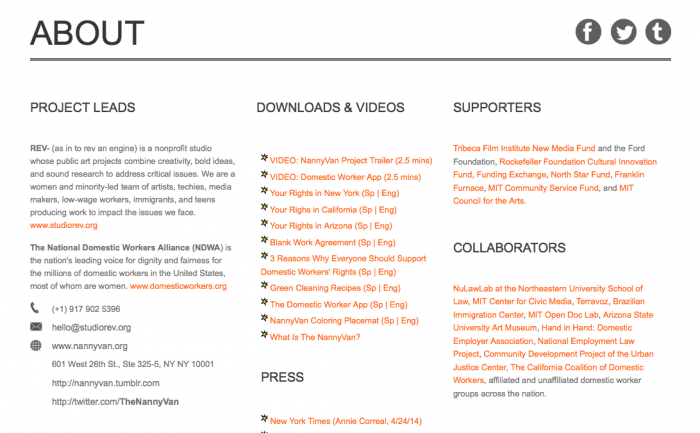 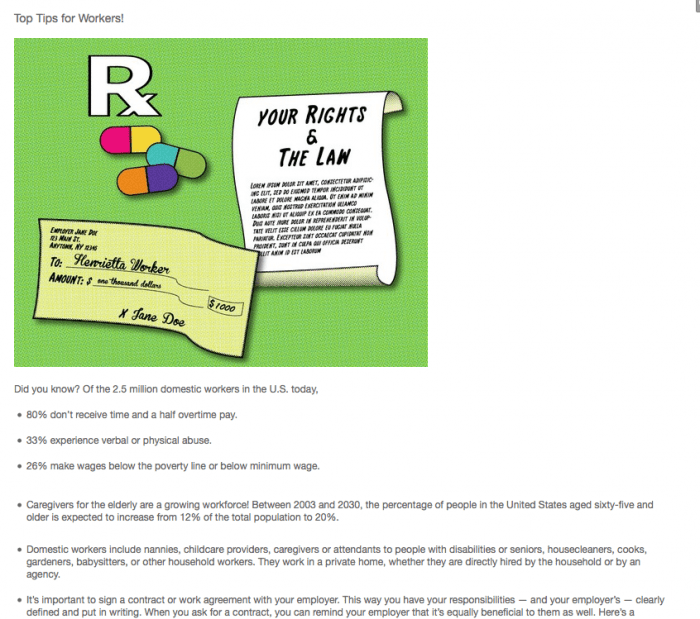