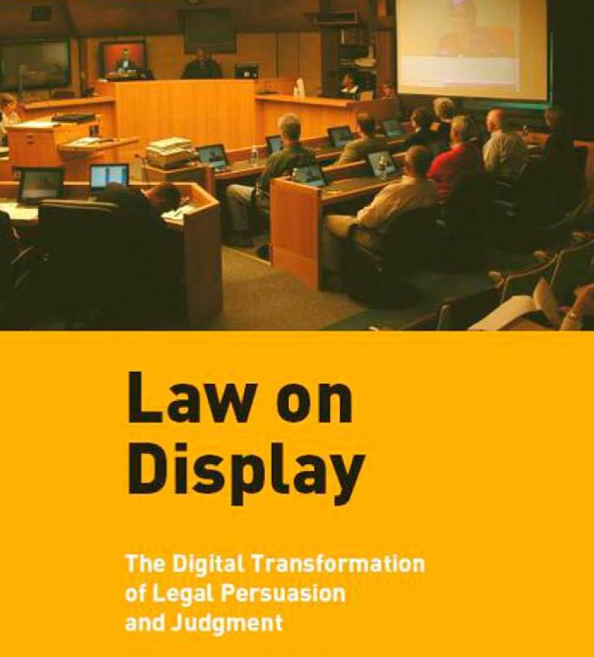 Law professors Neal Feigenson and Christina Spiesel published the book Law on Display in 2011. They make the argument that visuals are becoming increasingly powerful in legal courtrooms:

Aside from the book, they also maintain a website that outlines the seven chapters of the book & hosts a wealth of links, examples, and even videos with the authors that provide greater context to their writing.  Each chapter gets its own page with a short summary of the topic at issue & a links that illustrate the visuals & media discussed.

Feigenson & Spiegel give rich examples of how images, powerpoint presentations, and other media have entered into courtrooms — with some skepticism about what effects they have on the outcomes of litigation.  They find that this new media are clever new ways to make meaning in the courtroom, giving lawyers new sources of power to persuade in implicit and elusive ways.

The authors recognize the enormous powers of visuals, as well as their increasing pervasiveness. But they try to complicate their use by pointing out how though images seem to offer great promise in making difficult & complex issues clear, they can also lead to more confusion and bad decision-making because the jurors, judges, and other audience are not able to clearly parse the images.

One of the key takeaways here is the need for more Visual Literacy  — the ability not just for advocates to use images effectively while representing clients, but also the ability of other court audiences to be able to comprehend, digest, and question the use of images they are presented with.  This literacy could be achieved in training lawyers, judges, and jurors to be able to understand question scientific experts’ use of illustrative images, or lawyers’ closing argument media.

Another takeaway is that control of Virtual Legal Interfaces is an important question of power and control.  As the authors explore in Chapter 6, as more court and dispute resolution experiences move online — the more influential that visual design of interfaces, apps, and interactions will condition the outcomes of these legal processes.  It’s an open question as to what interfaces for a virtual court or online dispute resolution system is the most ‘fair’ or ‘just’.

But it is an interesting political point.  What are the agendas of the people who are coding these new legal experiences — and how can we evaluate & measure whether they are protecting users sufficiently and allowing for procedural & substantive justice to be done?

Here are some clips from the book’s site, that introduce the authors’ main points.  Also, please find some of the authors’ videos that have them introducing each chapter with discussion points. 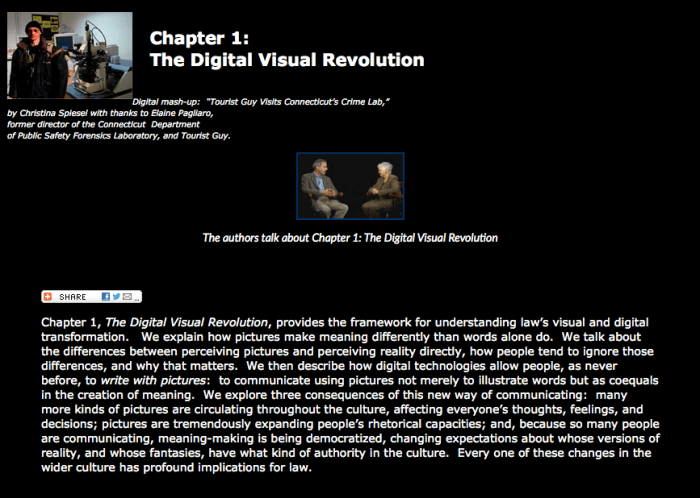 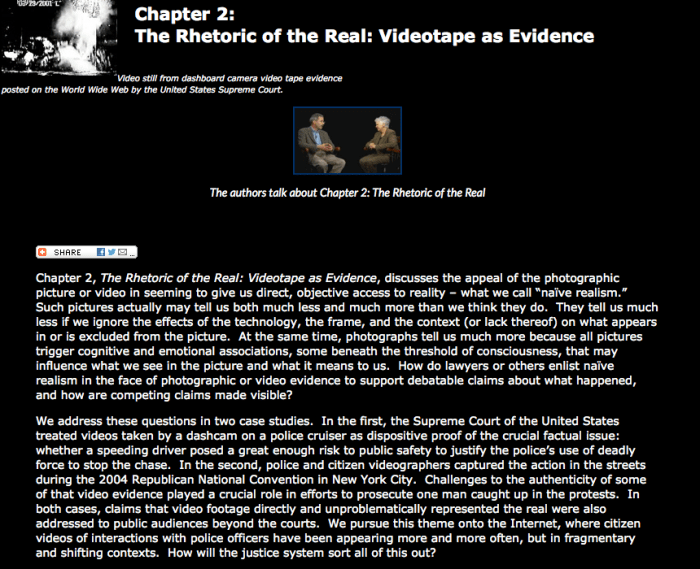 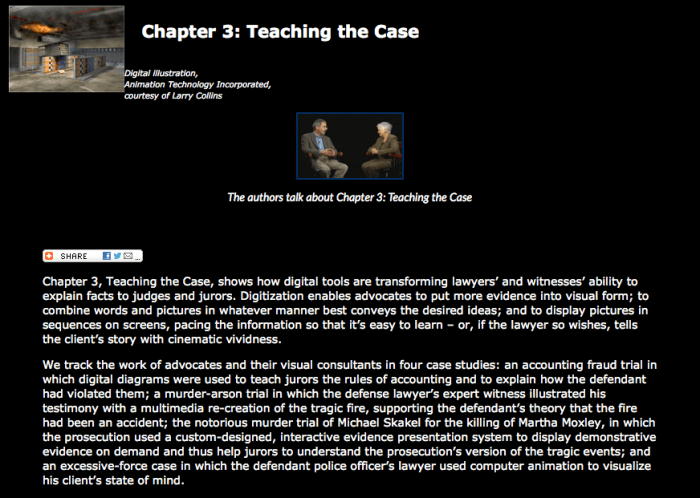 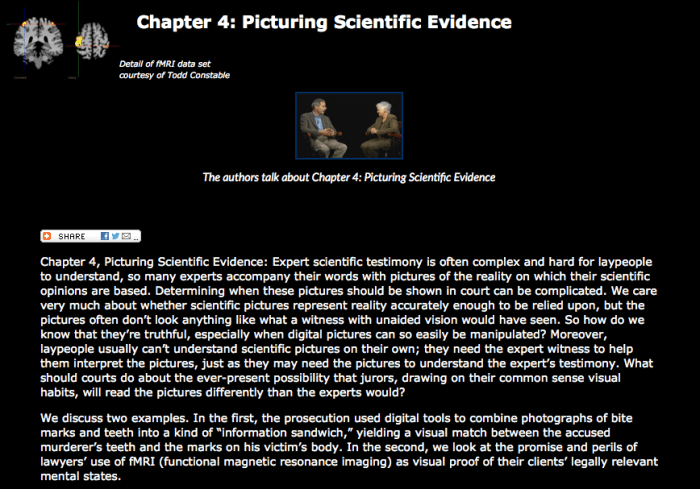 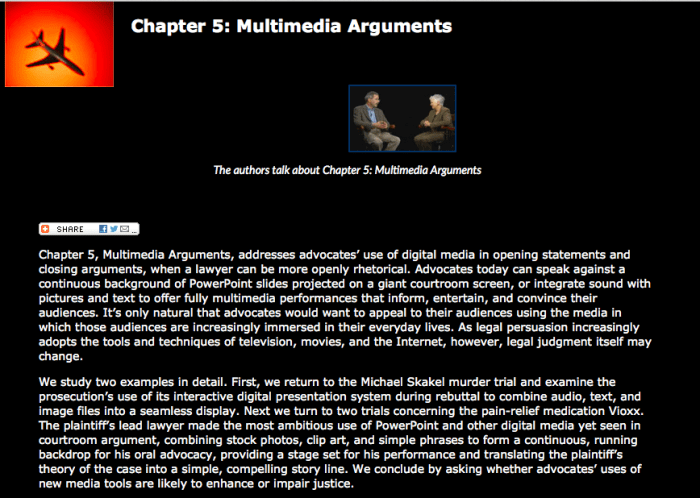 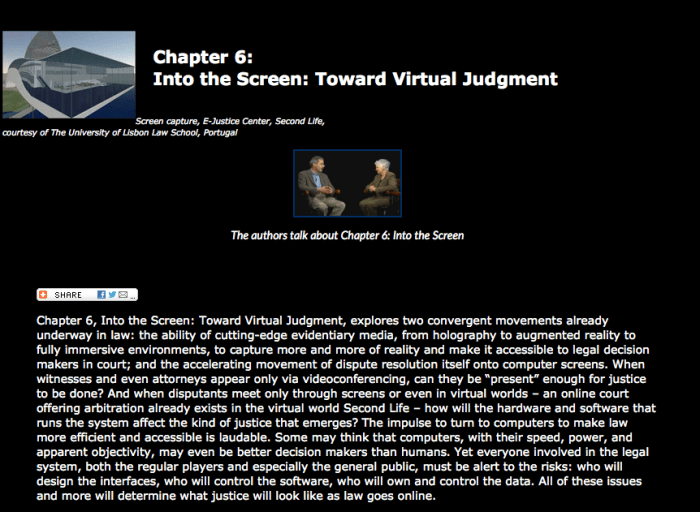 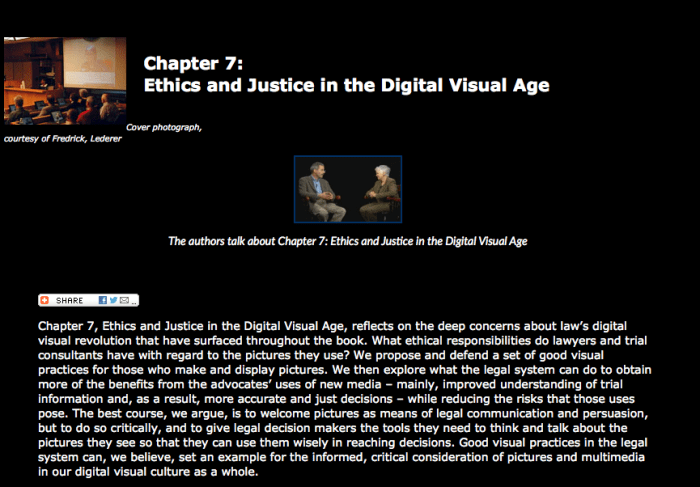