Connected to my post last week on crowdsourcing legal investigations, I wanted to spotlight the possibility of using crowd support online to get attention, funding, and social capital for current cases. What would crowdfunding social justice campaigns, impact litigation, or just regular people’s lawsuits look like?  And how could it operate in the most engaging yet reponsible & legal-ethics-compliant way? 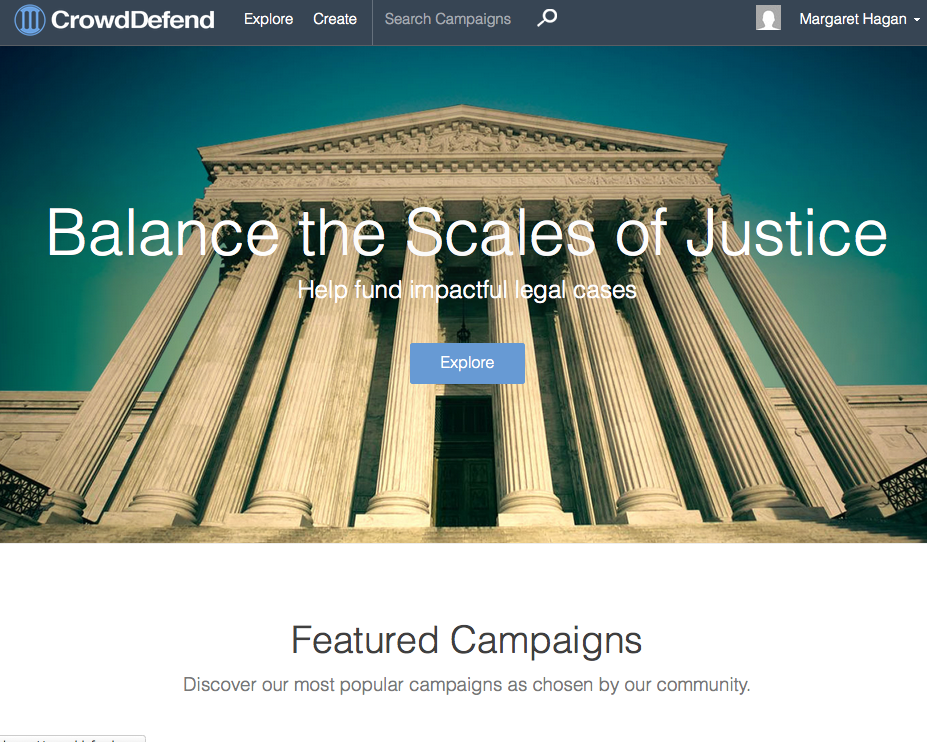 The site CrowdDefend uses the Kickstarter model to gather a network to support a legal case: 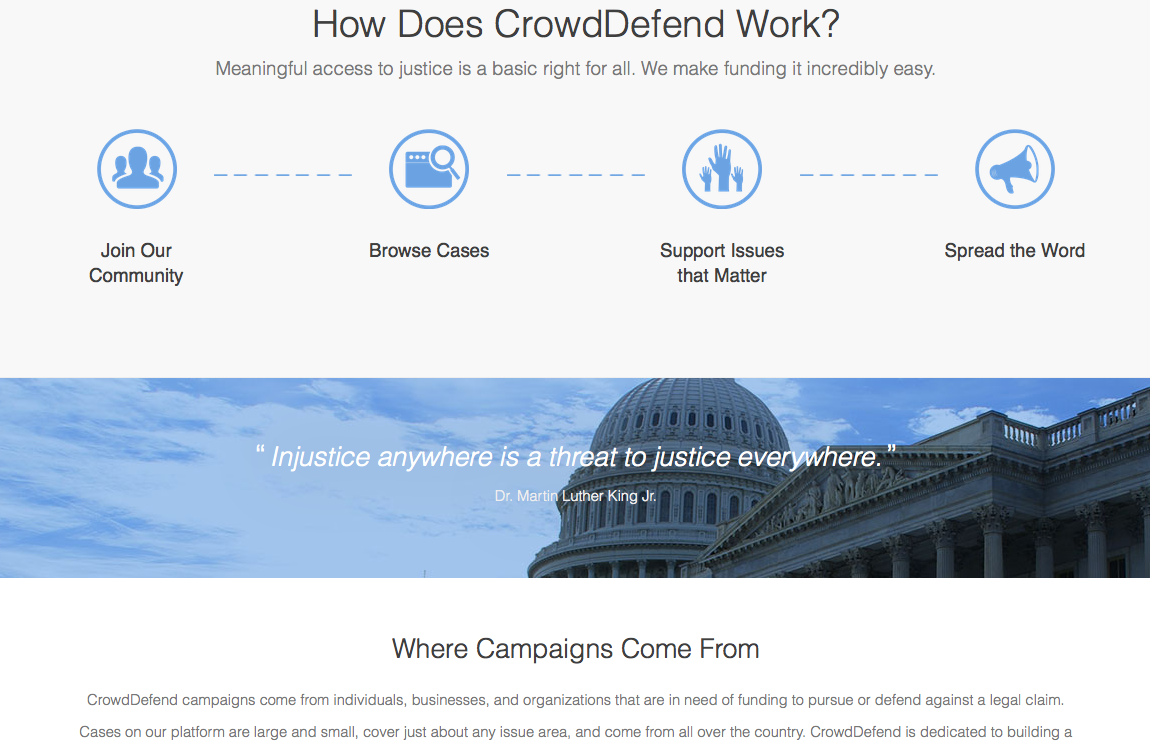 Like I talked about in last week’s post, this model also has legal reps taking their cases out of their offices & the courts, and packaging them up to get a broader public engaged in the case.  It’s not a matter of the crowd investigating the case themselves (though that could be an outcome when a case is taken to the media/Internet — see Serial).  But it’s a matter of getting the crowd interested in the story of the case and using that narrative engagement to prompt advocacy, funding, and continued support. 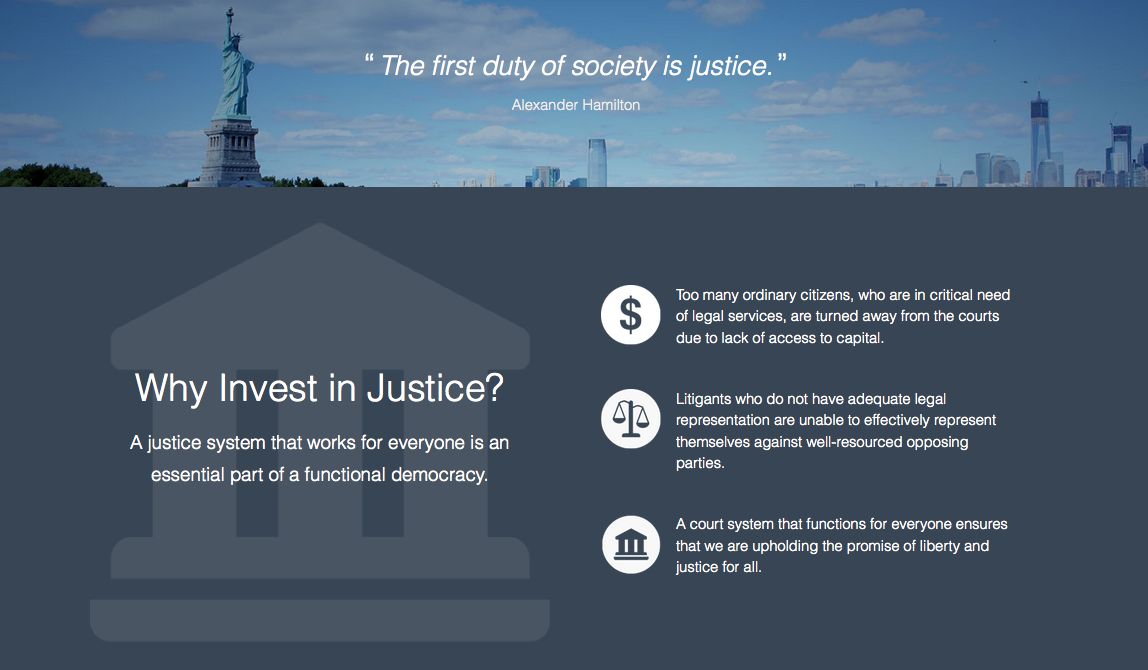 CrowdDefend encourages its campaigners to get the story out of a legal case, with details about the individuals affected, what the wrongs were, and why their case is strong. 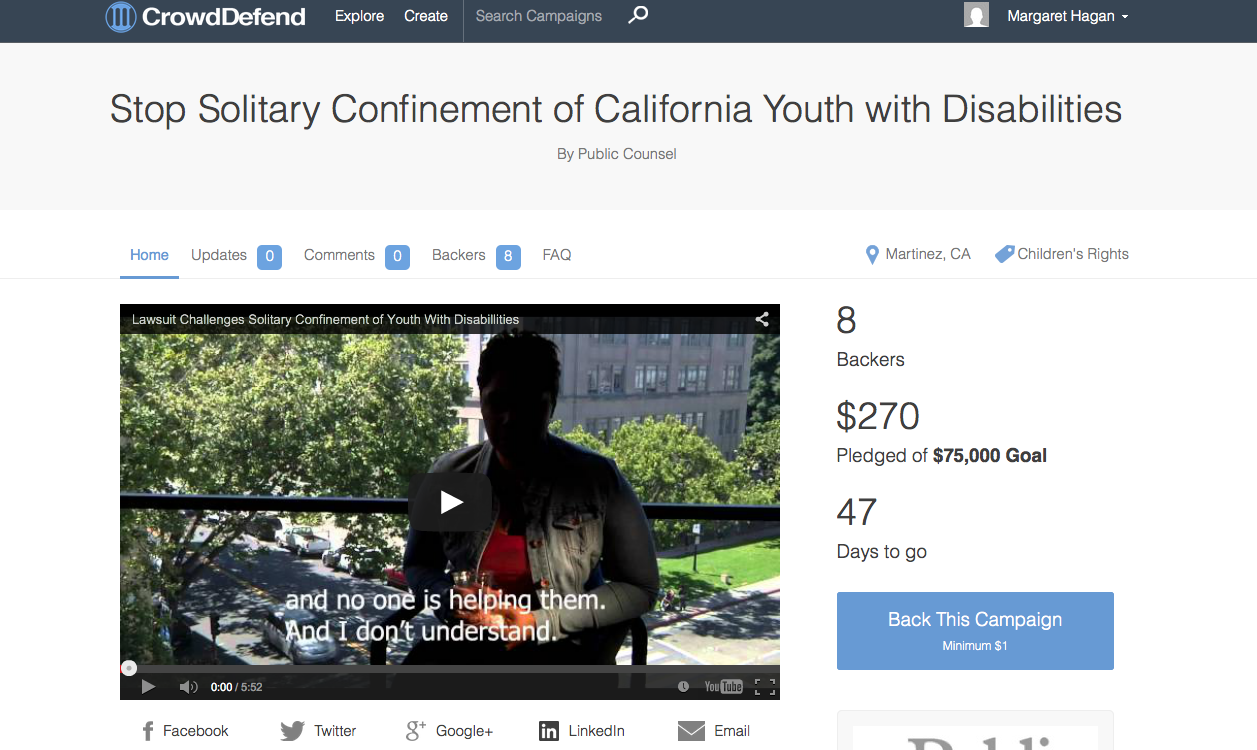 Once a person donates to a case campaign on CrowdDefend, then she will continue to get updates from the org/lawyer who has posted the campaign.  She’ll be kept in the loop about the legal case, to continue to hear what the campaign is doing & how the case is proceeding.

The campaign organizer — whether it’s a non-profit, a business, a law firm, union, party, or a lawyer, can also learn about their supporters and build an ongoing network of advocates, funders & supporters through the platform.

I’m very interested to see how CrowdDefend develops over the coming months.

What kind of orgs & individuals will feel comfortable taking a legal case & putting it online for support — when the current trend seems to be that lawyers want to keep cases relatively out of the public eye for fear of losing control of them?

How will the people online react — will they decide to seize control of investigations, ala Serial’s Reddit community of self-appointed investigators?  Will people have expectations of control over the case after they’ve given money to it?

And how will the person at the center of the case feel about having their case turned into a narrative for public consumption?  How can the packaging of the case be done as responsibly as possible for them, to ensure they have a voice in how their own life is told as a narrative & evaluated by the crowd and the media?