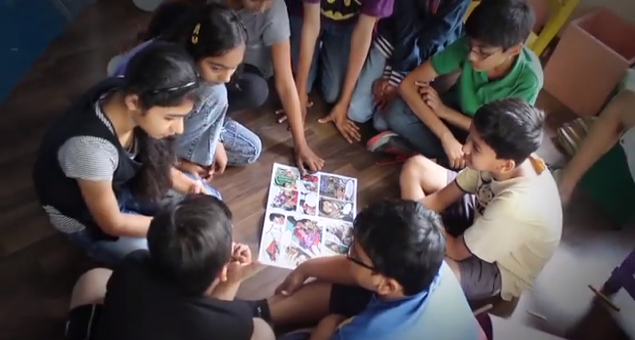 Kanan Dhru of the Research Foundation for Governance: in India (RFGI) think tank reached out to me, sharing her Lawtoons project — as well as a more general initiative to bring legal innovation into Indian legal education & court rooms.

Lawtoons is currently being crowdfunded, to create visualizations of law for young people.  It is a civic collaborative project, roping in legal experts and graphic designers. The crowdfunding campaign was successful, and the first comic will be released this fall on Fundamental Rights.

Its main goal is to communicate people’s rights to children through cartoons & graphic stories.

Through our presentations on laws and rights for young children in schools, we have realised that the civic curriculum in most schools is dull and uninspiring. This, unfortunately, results in a society where most people find it difficult to relate to the idea of laws and the legal system.

In order to address this issue, we have come up with the idea of Lawtoons – a comic series on the laws of India! One of the first of its kinds in the country, the comic book will have illustrations about the laws and legal rights of every individual to make them easier to understand and fun to learn!

We are raising money for this project through a crowd-funding campaign! You can check it out here. (https://www.wishberry.in/campaign/lawtoons/)

The project is going to be drawn and illustrated by designers from the National Institute of Design (NID) and the legal inputs will be provided by us! A prototype has been created by us and shown to the audience, which has been received with great enthusiasm by young students. We now need funds to create and publish a series of comics and also to create an interactive website and a mobile application of the cartoons. 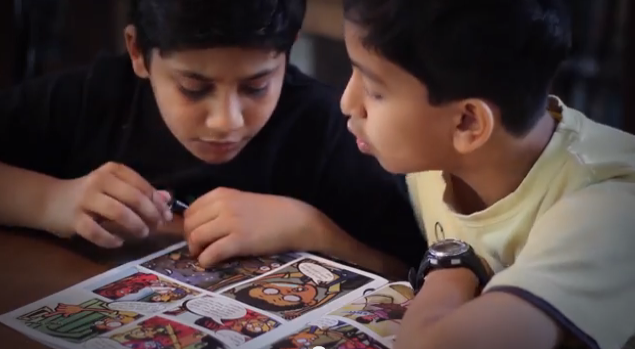 Do you know anyone else working on creating Know Your Rights visualizations or public-facing materials? It would be wonderful to share some of the design work & learnings across jurisdictions.  Please write if you have worked on a similar project or have an interest in this type of work.

Great Initiative!!! I would be glad to offer any help required within my limited capacity.
Warm Regards,
Vinaya Joseph

An awesome initiative. Am currently running a law firm at Bangalore. Have finished 48 years of practice. Would be very happy and glad to help in whatever way I can.
Cheers
Shiv Kumar